Home
Products
About Us
Factory Tour
Quality Control
Contact Us

Your boiler grate is excellent working ,my customer like it very much .Thanks for your help to supply the good quality products to us .

Hi ,our company like your boilers very much .They have beatiful appearance and working very well .I will suggest to my friends here.

Yes,i will awlays find you to buy boiler ,wish we keep cooperation in future.

Finally i was so lucky i find the factory people ,your team have give me best price and best installation service .Thank u so much .

Yongxing Boiler occupies an area of 60,000m2, with fixed assets of 15 million dollars, and is used for more than 100 sets of large and medium-sized equipment for production. More than 60 sets of advanced equipment for product quality inspection, with 37 series. The boiler and pressure vessel contains 167 specifications and models.

With A-class boiler manufacturing license issued by the General Administration of Quality Supervision, Inspection and Quarantine

A1 and A2 pressure vessel manufacturing licenses

The ISO9001 international quality system certification and so on. 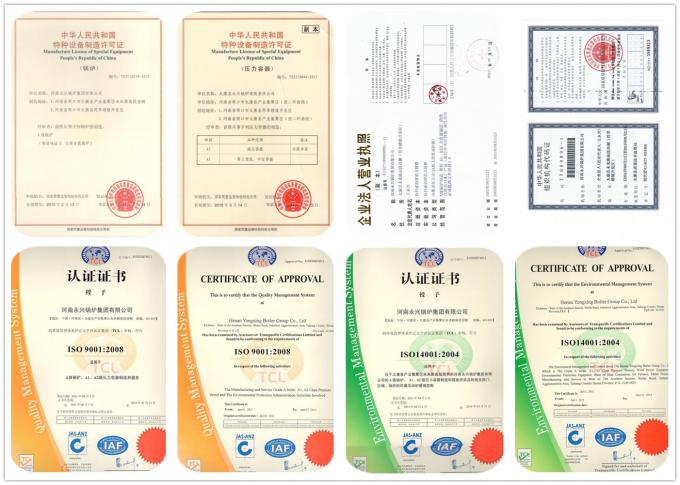 Annual production capacity is over 2000 tons. 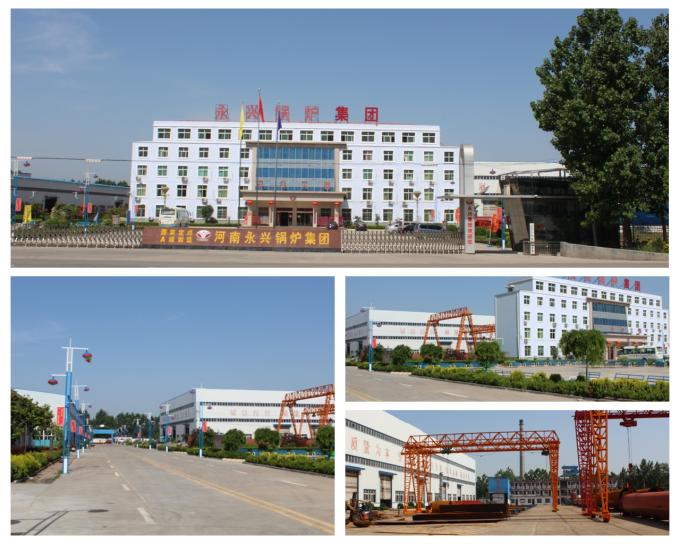 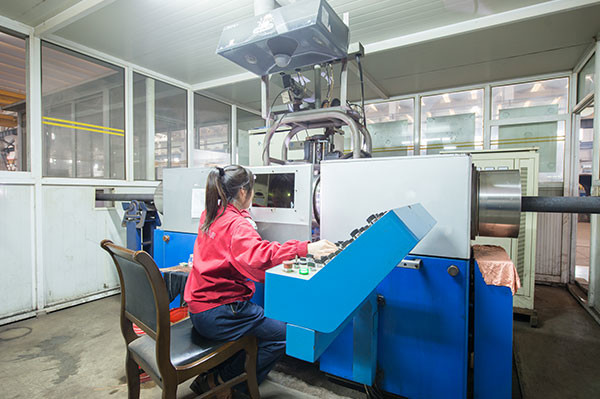 Our company strictly follows the ISO9001 international quality management system guarantee model, carries out quality management and quality inspection and control activities, and the product quality is stable. It was rated as “Contract-honoring and Promise-keeping Enterprise” by the Henan Provincial Administration of Industry and Commerce, “National Honest and Law-abiding Enterprise” by the Ministry of Agriculture, and was included in the member unit by the China Quality and Technical Supervision Association, and has obtained a number of patented technologies. 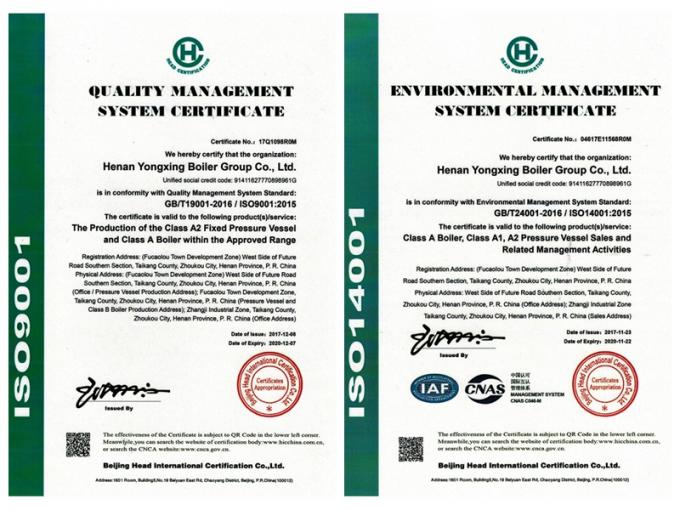 1995
The new plant was built and relocated to Taikang County, Zhoukou, becoming the largest flour mill in the region.

1997
With the support of the local government, Yongxing Food Factory was established. 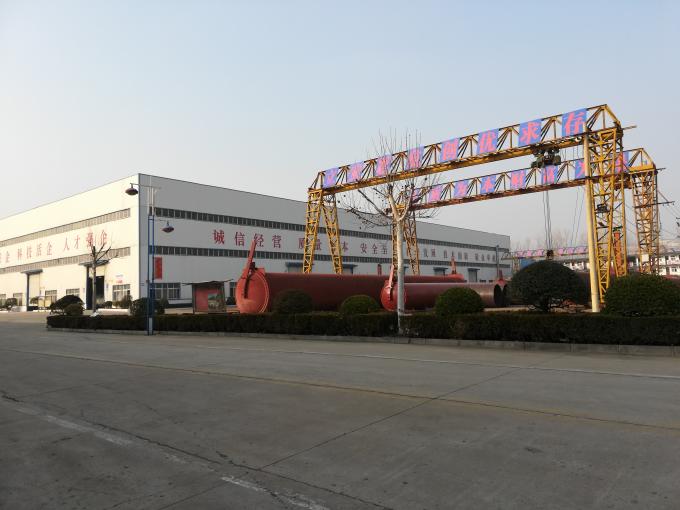 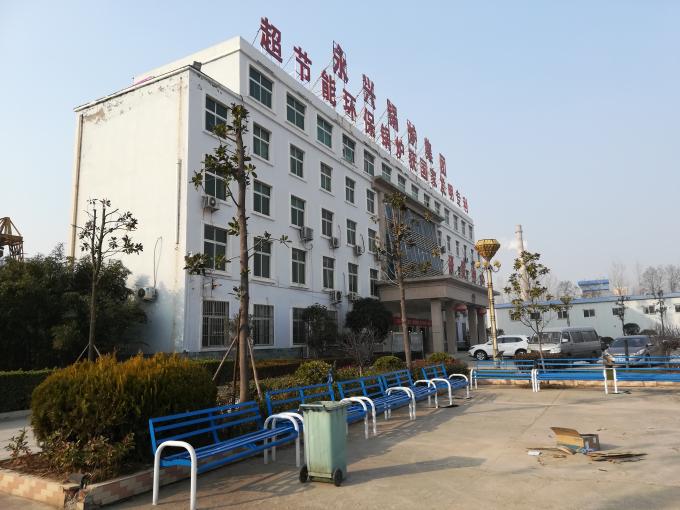 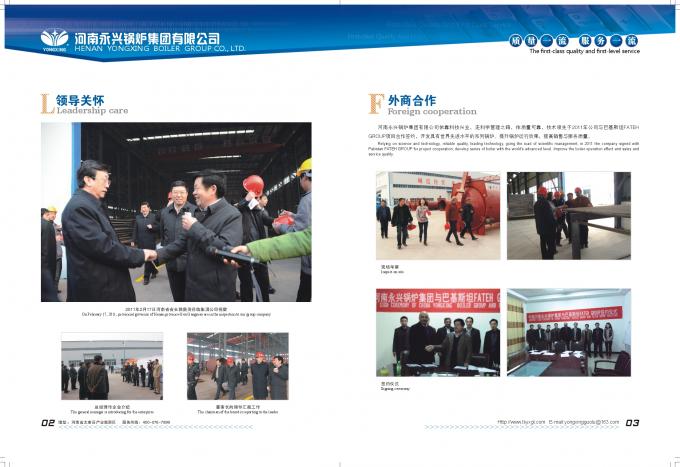 Future
Yongxing will continue to adhere to the core values ​​of “people-oriented, giving back to the society with quality products”, and continuously improve the comprehensive capabilities of enterprises through R&D and innovation, management innovation, and precision manufacturing.

Yongxing people offer 12 hours quick pre-sales response and free consulting. Any kind of technical support are available for users.
We offer progressing solution design to all the distributor and users.
Strict Quality Control of Production
Advanced and excellent facilities and manufacturing equipment are the guarantee of quality products. Our company has purchased more than 300 sets of advanced processing and testing equipment such as plasma cutting machine, CNC drilling equipment, automatic welding system, various welding equipment, real-time online imaging inspection system from abroad, and reliable product quality.
15-20 Days Quick Delivery
We normally have semi-finished product in stock & ready item, for these items, we offer 10-15 days quick delivery time. For big machine and special requirement, we will trade you as the priority customer and to produce your cargo in the first time.
24 Hours After-Sales Service

Responding time: upon receiving user’s notification, we ensure 24-hour after-sales technical support.
Spare parts: necessary spare parts are provided together with products to customers.
Free technical training: integrative and normative technology training is available for free to customers by our technical personnel to ensure they are skilled in regular operations of hardware and software of products and they are able to estimate and solve small problems.
Site instruction:Our factory will send engineer to the site to install steam boilers as customer request .
For more detailed information on our industrial laser equipment, please do not hesitate to contact us! We welcome your inquiries to our email: sales@yxboiler-factory.com, and look forward to working with you.

The development of Boiler, the design of boiler and the testing for equipment is finished by our professional technicians and Government specially department.

As the expansion of our business, we welcome more friends. 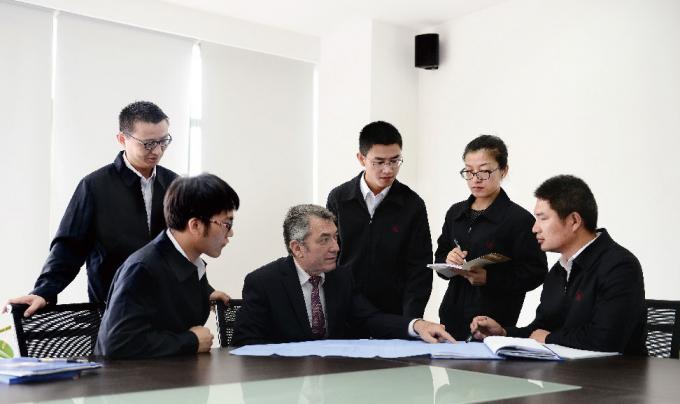